Casa Germana tourist apartments are right in the centre of Tapia de Casariego, a fishing village in the western part of Asturias, between the sea and mountains. Its beaufiful scenery, friendly people, and excellent food will captivate you and make you want to come back.

Although Tapia is a tourist destination, it has maintained its old charm and offers the best services far from the mass tourist attractions in other parts of the country.

We have fantastic beaches surrounded by green scenery and impressive clifts. There are many routes available to discover our Celtic history and customs, as well as many local holidays, folk festivals, and many sports activities that we would love to share with you.

Taramundi, los Oscos, Playa de las Catedrales, Ria del Eo, the Rinlo fishermen’s guild, the rough Cantabria Sea, the Fiestas del Carmen; all of this and much more awaits you.

Tapia de Casariego has everything that you desire when you think of spending a few days in the northern part of Spain. At Casa Germana apartments, we want to add to this enjoyment, offering you excellent lodging facilities. 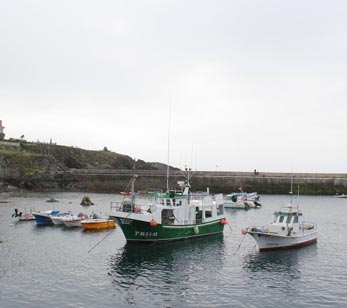 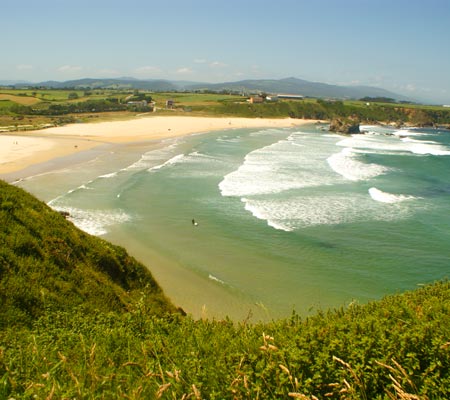 We start our tour in La Reburdia, following the fishermen paths, along the occidental coast and discovering La Paloma beach, quiet and sprinkled with many islets of different shapes; the Castro de Esteiro, the beaches Serantes, Mexota and Santa Gadea with Las Pantorgas islets and San Lorenzo’s chapel. Arriving to the end of our journey is Peñaronda beach (this beach shares council with Castropol and is considered one of the most beautiful and clean beaches of Asturias, it is declared National Monument) dominated by the Castelo, a big rounded stone perforated by a tunnel, wich names the beach.

We start our way in Porcía beach, shared with El Franco council. Many years ago, it was a loading platform of mineral and here it was were, in 1928, sank the Valkembur, a boat full of 300t of iron. It is said that in storm nights, the lights are atracted to the beach. Sneaking the coast we find the beaches Las Campas, Salave and Figo, its name comes from the big cuantity of figs in its cliff; in Salave we find the Silva lakes, ancient roman gold mines; we continue to Tapia by the Camino de Santiago, crossing the Represas beach, wich has round stones and many islets. 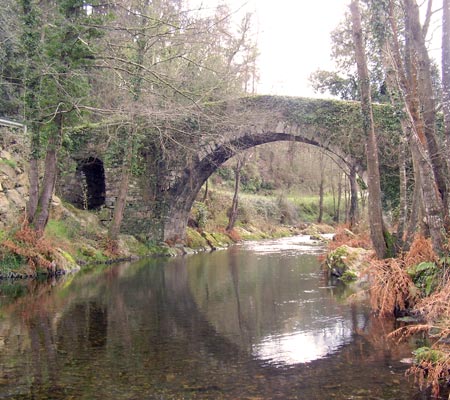 Starting on de main square of La Roda, we go up to the viewpoint situated in Los Santos Mártires sanctuary, s.XVIII and called El Monte, where we will enjoy a beautiful panoramic of the asturian and galician coast, at the same time that we recover our strenght in its amazing recreation area. Following the rise to Pico Faro, we can continue to Acevedo and San Agustín valley; from here, in north-east direction we arrive to Veguina, bastion of autochthonous vegetation. In  the opposite side of the Pocía river is jarén, with an old stone bridge. Following the road parallel to the river, we arrive to El Franco council. 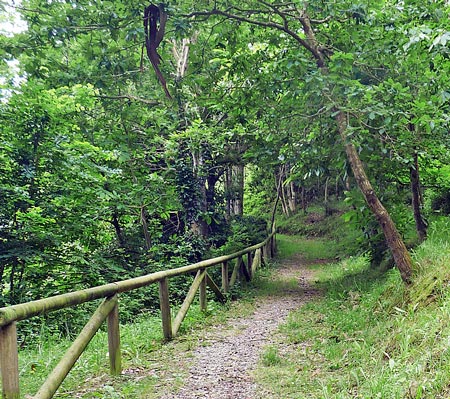 Starting in Tapia and going to el Viso, we walk through Víacoba and we arrive to Nuestra Señora de la Encontrela chapel, at the right hand we have the first field in wich the corn was planted when it arrived to Spain, at the left side we can see Cancio palace, descendatns of D. Gonzalo Méndez de Cancio y Donlebú, who brougth the first corn seed and in whose palace is the ark in wich the seed was brought from America. At the end of the walk, we can drink in the cristaline waters of Fuente de la Virgen and rest in its recreation area, where the kids can enjoy the games.

Route of the Salave lakes 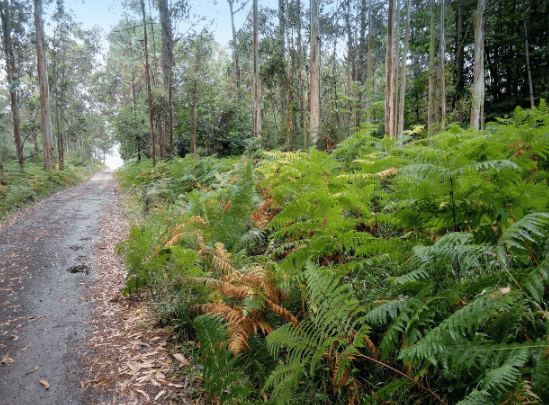 Departure from the old Tapia laundry room – in the San Martín neighborhood -, a characteristic 20th-century construction with wood and slate for its roof and a moat around a wide channel for standing washing.

On the other side of the road we see the hostel for pilgrims and Dams, one of the most beautiful views that can be seen in Tapia. El Castro is also located in this place, located on the promontory to the west of the Ribeiro de Represas. This fort, also called “El Toxal”, is the origin of Tapia as a population center.

We head in the direction of Salave, we walk 200 meters and at the end of the slope we turn off along the fisherman’s path towards the cliffs, where we can see the coast and the small coves, in this area there are several species of protected birds.

Arrived at the viewpoint of Cabo Cebes, we can make a short stop and contemplate the magnificent landscape that is presented to us, before resuming the route until we enter Mount Mirayos. Surrounded at all times by distinguished pines, we are led to the Campo Longo viewpoint, from which we can see the entrance to the port of Viavélez and a series of cliffs of unforgettable beauty.

We will descend along a path, where the trees cover the path, and we arrive at the Silva lagoons or mines, a mining space resulting from a montíum ruin, which occupies more than ten hectares of extension and which, with respect to the plain, enjoys depths that exceed the 20 meters.

Ruina montium: mining system used by the Romans and consisting of demolishing portions of the deposit using the pressure of water when penetrating through galleries for this purpose.

Some rocky hummocks stand out from a flooded bottom, populated by aquatic plants and bordered by riverside trees.

From the road you can see the mine entrances.

We go up a path flanked by trees and arrive at Cortaficio, we continue towards Balmorto where the remains of the monastery of San Acisclo and San Salvador, founded in the 10th century, are located. In the cove of El Figo there are some evidences of the defensive system of the castro Castreda, composed of two arched ditches on the eastern and southern flanks, and a water source that was formerly considered medicinal. Grain mills and Roman coins were found in this castreño settlement. A few meters further in the direction of Tapia, and always following the Camín Veyo, we find the Mántaras farmhouse and the San Antonio chapel, founded in 1660. After passing it, we will follow the Camino Real to reach the neighborhood of San Martín de Tapia, where one of the town’s churches stood until 1892.

At this point you can turn around and return along the same path until you reach Tapia.

Museum of the Marquis of Casariego 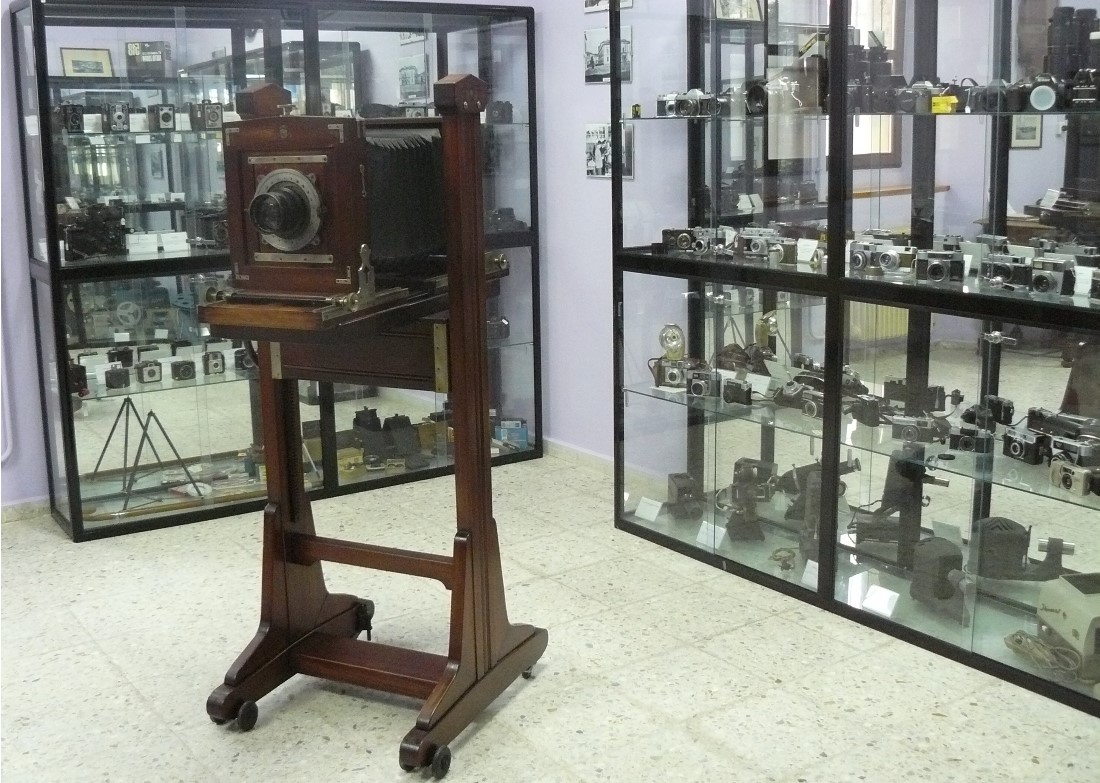 The Everardo Fernández Cadenas “Súcaro” camera museum is the fruit of a lifetime of dedication of this local photographer to the world of photography. Thanks to his selfless donation to the IES “Marqués de Casariego”, it is possible to make a quick but intense tour of the entire history of photographic machines from its beginnings, in the 19th century, to the present day.

The funds of this museum, unique in its kind, consist of more than 120 photographic and cinematographic devices, as well as fully cataloged accessories, where human ingenuity is combined in the development of a machine capable of having started the revolution of the image and the plastic beauty of design.

In it you can see devices that range from the remote box machines of the late nineteenth century to the current automated electronic cameras, passing through studio, field, reflex, stereoscopic, miniature, pocket, self-revealing devices, etc. The evolution of the photographic technique can also be studied in its different formats and supports, such as glass plates or roll films, including the popular 35 mm. The evolution of the materials that have allowed the development of these devices over more than a hundred years is also reflected; thus we find machines entirely in mahogany wood and brass or the most modern machines in steel and plastics.

In the same way, they can be observed from large machines to true miniatures; or machines with a more capricious than functional design, such as the fountain pen.

The exhibition of the different material is presented in chronological order so that it is easy for the visitor to take a historical journey through the evolution of this science-art that, founded by Niépce in 1822, has managed to turn the image into something so everyday that it prevents occasions to obtain the historical perspective of its development. 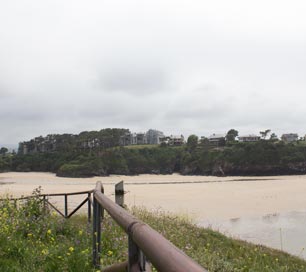 The camino de Santiago, in its coastal north side goes through our council in its peregrination to the Apostle. 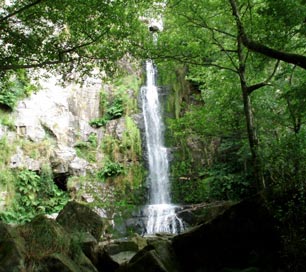 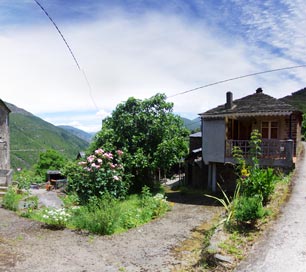 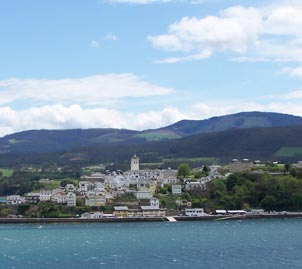 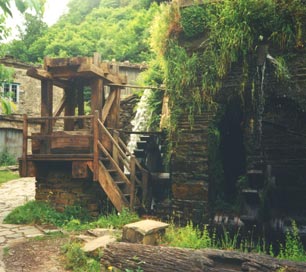 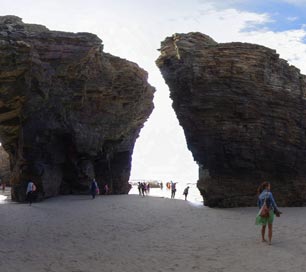